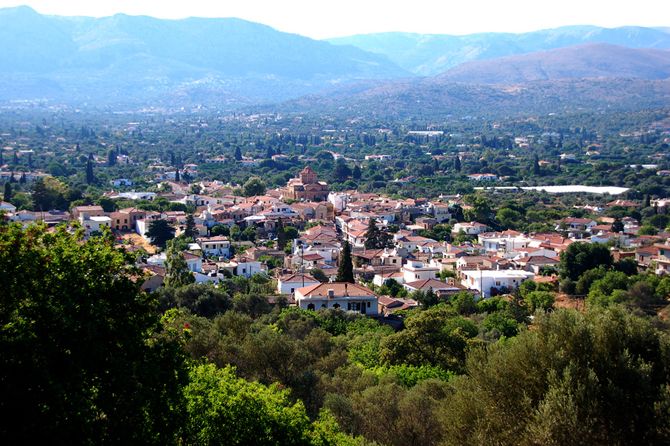 The Location: The village is situated in the south east of Chios island. It is one of the famous Mastic villages or <Mastihohoria>. It is a busy village where 1600 people are inhabitants. The village is built near Kampos. It is the only village in Chios built almost entirely out of local stones, the «Thimianousiki petra».

The surroundings: Around the village there are other minor villages and beautiful beaches. The weather is mild in winter and cool in the summer.

The village old and new: The village was built around 1500. The village was originally called Efthymiana and later changed to Thymiana. There are several accounts about the origin of the name. However the joyfuness of the local people, efthymia meaning «joy», probably gave the village its name. Some interesting sites to visit in Thymiana are the church of Agios Efstratios and the prophet Elias chapel with a panoramic view of the island.

This magazine contains articles with projects we are working on in our English class at school. You can also find several posts about other interesting topics such as educational games, crafts and gardening ideas. Thank you for joining our English class! You are more than welcome to leave your comments below any of the articles you liked or found useful or share your own interesting ideas with our class! For more information you can contact: aspamatt@yahoo.gr