Conspiracy theory (noun): A belief that some covert but influential organization is responsible for an unexplained event

The earth is flat 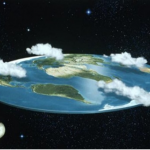 Have you ever wondered why, when you fly a kite, it doesn’t get ‘pulled’ sideways by the Earth’s atmosphere as the earth rotates? What this theory suggests is that the Earth is flat rather than an oblate spheroid. Flat earthers rely on our perception of the horizon. The horizon always rises to meet your eye level no matter how high in altitude you go. Even at 20 miles up, for example, the horizon rises to meet the observer/camera, which would only be feasible if the Earth was a huge endless flat plane. However, if the Earth really were a globe, no matter how large, as you ascended the horizon would stay fixed and the observer/camera would have to tilt downward, looking down further and further to see it. Other evidence is that if the earth was a ball, it would be far, far harder to fly to the East – because the atmosphere is moving in the other direction at hundreds of miles per hour. Specifically, according to science, the Earth (along with its atmosphere) is spinning Eastwards with speed higher that 1,000mph. However, if a commercial airliner is travelling at 500mph, there’s no way it could reach its Eastern destination on time – it would take two times more. 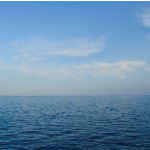 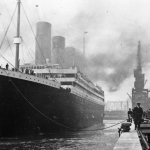 Is it possible that the titanic ship was never sank, but it was swapped with its sister ship, the Olympic as part of an insurance scam? The theory goes that, the Olympic would be swapped with the Titanic and sunk in a staged accident. As the two ships were essentially identical save for minor differences, the swap would entail nothing more elaborate than swapping a few nameplates and plaques. The Titanic, now disguised as the Olympic, would then carry on in service. This theory is based on the fact that on the side of the wreck can be seen what appears to be the letters M and P which  could be the remains of the ship’s original nameplate-‘OLYMPIC’ covered over with the Titanic’s as part of the scam. Another argument relies on the commonly, at the time, practiced insurance scams and maritime frauds. Whilst it seems unlikely such scam could be pulled off today, the lack of media coverage in 1912 makes it more credible. If we take a closer look at the only film of the Titanic that has survived, which is quite scant, only the most eagle-eyed would ever have spotted the swap.

Black holes are portals to other universes 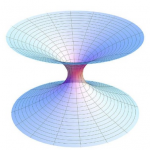 It is believed that black holes are wormholes that connect our universe to other universes. Wormholes, which are hypothetical warps in the fabric of space-time that form a sort of tunnel, are still firmly in the theoretical realm. Thus it’s quite difficult to say either way at the moment if the theory is true. However, the mathematics behind it does solve the problem of losing information that falls into a black hole, as a wormhole would ensure it’s never really lost.

Our universe is a hologram 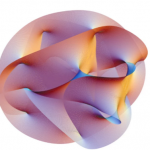 Some argue that the universe is a giant hologram, or, in more scientific language, «a projection of a two-dimensional shell».

If this theory is right, the universe should be «grainy» once we get down to a certain level, like pixels on a computer screen. Yet what looked like evidence for those pixels has now been superseded, and it seems that, if they do exist, they are too small for us  to examine. So we might never know if we’re living in a hologram or not.

Well, that is… complicated.Thanks to some intense investigation from a Brazilian fan site, some Avril fans believe that the real Avril died shortly after the release of her Let Go album and was replaced by a lookalike so as not to lose any earnings from her popularity. Apparently the fact that she looks slightly different over a period of years and the way she has changed her sound to a more poppy vibe these days is all the proof we need. SCIENCE 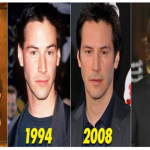 Maybe he has just got one of those faces that look like everyone. But there is a lot of people throughout the years who all look exactly like the actor. The theory reckons that he has actually been an immortal person since around the year 748 and has popped up in time as a doctor, a painter and even a French king. In addition, he has donated a ton of money, saying: “Money is the last thing I think about. I could live on what I have already made for the next few centuries.” 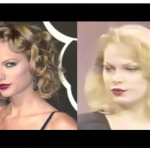 Some people claim that she looks very alike to Zeena LaVey, the daughter of Anton LaVey, who founded the Church of Satan in 1966. The theory claims that the famous singer is the Illuminati clone of Zeena. This whole theory is based on the fact that Zeena left her father’s church in 1990, a year after the musician was born. 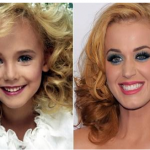 Some people believe that the death of famous murdered child beauty queen JonBenét Ramsey was actually a scum. The believers of this theory go on to claim that Katy Perry, is the grown-up JonBenét in disguise. The popular theory uses everything from eyebrows to singing voice, to claim the possibility and even argues that mother Patsy Pamsey who died in 2006, simply lost weight to become Katy’s mother, while father John shaved his head to become KP’s dad. Right.