How is Feminism Called in its Historical Course?

By Fay Tsami (A Class) 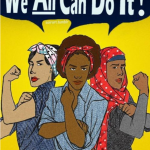 Feminism is a range of ideologies and political and social movements that share a common goal: to define, establish, and achieve equal political, economic, cultural, personal, and social rights for women. This includes seeking to establish equal opportunities for women in education and employment. A feminist advocates or supports the rights and equality of women. 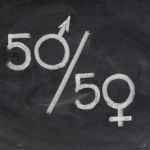 When it comes to the historical flashback, the feminine movement is separated in three waves. The first feminist wave (18-20 centuries) is related to the organization and the assertion of basic human rights such as the right to vote, dignity, recognition of social role and social status, the right to manage their personal property and the emancipation from their fathers, spouses and men in general. The Second Wave (1960-1980) deals with issues such as social and biological separation and the elimination of inequalities between women and men who come from a defined biological background and can be eliminated with some social interventions. The third feminist wave (late 1980s to 2000) includes the conscious awakening of colorful women, critical theory, internationalism and the overthrow of perceived oppression by patriarchy.

As evidenced by the circumstances of the present season, the objectives of feminism have not been fully achieved, as in the 21st century there is still no gender equality. According to surveys in the workplace, women’s overall earnings continue to be lower and women are subject to anecdotal treatment. In accordance with their social life, the situation in different countries varies according to the religious beliefs and the legislation. In the countries of the western world the situation is better in contrast to the eastern countries where the differences and the inequalities are constantly inflaming.

Many times nowadays feminism is considered out of date because equality has already been enshrined and these issues have served older generations. However, the legislative guarantee of gender equality is not always guaranteed in practice. Consequently, the feminist movement has gathered great successes in the web, but the fight for the full realization of women’s rights is long gone. We must not rest because women are not facing problems like the 18th century (at least the majority) but are active in the fight to resolve all the problems, not just our own, and to fully guarantee equality.