The United Arab Emirates (UAE) is a country in Western Asia at the southeast end of the Arabian Peninsula on the Persian Gulf, bordering Oman to the east and Saudi Arabia to the south, as well as sharing maritime borders with Qatar to the west and Iran to the north. The seven emirates which constitute the country are:

Burj Khalifa, also known as Burj Dubai, is a skyscraper in the Dubai of the United Arab Emirates and the world’s tallest building, with a height of 827 meters. Construction began on September 21, 2004 and was completed on October 1, 2009. Its inauguration took place on January 4, 2010. 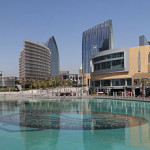 The Dubai Fountain is the world’s largest choreographed fountain system. It is set on the 30-acre manmade Burj Khalifa Lake, at the center of the Downtown Dubai development in Dubai, United Arab Emirates. It was designed by WET Design, the California-based company responsible for the fountains at the Bellagio Hotel Lake in Las Vegas.

← Ballon d” Or
Zodiac Signs: their strengths and weaknesses →