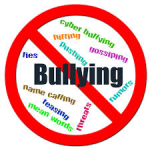 Bullying in schools is a worldwide problem, growing at an alarming rate in recent years that can have negative consequences for the general school climate and for the right of students to learn in a safe environment without fear. Bullying can also have negative lifelong consequences—both for students who bully and for their victims.

Bullying consists mainly of direct behaviours such as teasing, taunting, threatening, hitting, and stealing but also of indirect attacks such us social exclusion which leads to isolation. The actions mentioned above, are performed by one or more students against a victim. While boys typically take part in direct bullying methods, girls who bully, mostly tend to utilize more indirect strategies, such as spreading rumours and enforcing social isolation. Whether bullying is direct or indirect, the key component of bullying is that the physical or psychological intimidation occurs repeatedly over time to create continuous harassment and abuse.

Characteristics of Bullies and Victims

Students who take part in bullying behaviours seem to try to attract attention and show their power. They appear to get satisfaction from causing injury and suffering on others but at the same time they excuse their actions by saying that their victims somehow provoked them. Studies indicate that family environment is a major cause of bullying. The use of physical punishment or harsh discipline, especially at the early stage of a children’s education, makes them react this way when they grow up .In contrast to what most people believe  students who regularly display bullying behaviours, tend to be antisocial and lack self-esteem.

On the other hand, those who are victims of bullying are typically anxious and insecure, rarely defending themselves when they suffer this behaviour. They tend to depend from their parents to a large extent so they have no friends and of course lack social skills. Most of times, their family is really overprotective. They also tend to be physically weaker and generally but not definitely, their appearance is not as not as good as their peers’.

Bullying has large effects on both victims and perpetrators in terms of health, wealth and relationship with common results. Victims of bullying will get easily depressed, as they cannot trust anyone. They will probably have difficulty in securing a job as well as building steady relationships with other people. From the other side perpetrators of bullying will also be affected in term of health as they are likely to smoke cigarettes and drink alcohol that can develop into cancer. They will also have trouble in securing steady jobs because of their violent nature and feeling of oppression and superiority over others.

In conclusion, bullying is an important issue that needs close attention from both parents and schools. Bullying is caused by family and has to be resolved at early stage in order to avoid further problems in the future. Children at early age can easily be educated on the topic and can still change to better, while, adults have a hard time to receive advises from others.

← Florina and the Arcturos wildlife sanctuary
Babies in the class!? →