Menoitios himself: The Exiled planet. 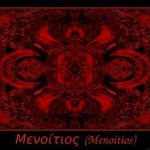 New research from the «Southern – Western Institute for Space Studies»

By Nikolaou K., Papadopoulos D. & Rodis N. (B ΄ class)
According to the survey-researcher David Nesvorky’s research paper published in
«The Astrophysical Letters Journal«, our solar system was in a very different condition than it is today. According to the wheel model and the current motion of the gas giants (Jupiter, Saturn, Uranus, Neptune) in our solar system, because of their orbits, Jupiter should have already cleared from the solar system Uranus and Neptune. 4.5 billion years ago there must have been another gaseous planet between Saturn and Uranus. Sometimes orbit was closer to Jupiter so that the gravity of a large planet sent into exile on this planet. This led Uranus and Neptune to remove even further though of course survived the exile of Zeus would send out of the solar system. This explains some thought and a period of high bombardment by small bodies were the inner planets like Mars, Earth, Venus and Mercury. According to other surveys were also astronomers in our galaxy there are hundreds of planets running alone in the galaxy.