Music Album of the Year

As we all know, it’s this time of the year, when everyone gets to pick their Album of the Year. My Album of the Year belongs to the rap category of music. Of course, there are nominations, such as Donda (Kanye West), Call Me If You Get Lost (Tyler the Creator), The Off-Season ( J. Cole), The Voice of the Heroes( Lil Durk & Lil Baby), Trip at Knight( Trippie Redd), Certified Lover Boy ( Drake). Out of these, my top 3 were: Donda, Call Me If You Get Lost and The Off-Season. In my honest opinion, the best one is by far Donda by Kanye West. 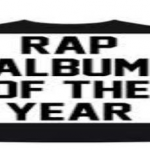 Firstly, a few words about Kanye West. Kanye Omari West, born in 1977, is an American rapper, producer and fasion designer. Born in Atlanta and raised in Chicago, he was at first recognised only as a producer by Roc-A-Fella-Records, producing singles for several artists, while also developing and promoting the ‘chipmunk soul’ style. However, he wanted to pursue a career as a rapper and as of now, he has put out 10 studio albums, Donda being his last so far. 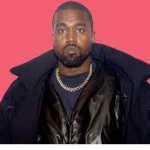 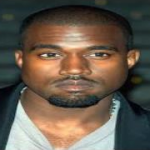 The album has been a long time coming, initially scheduled to drop last summer the album was subsequently scrapped until this July. After what feels like an eternity, Donda has finally arrived, and the verdict? Kanye has perfected his new gospel sound with his signature hip-hop to create an album full of reflection and forgiveness. It’s important to mention that the album was inspired by the death of Kanye’s mother ‘Donda C. West’. I truly believe that this album is this year’s best, as production on every single song is remarkable and unique. Kanye’s lyricism is also quite good, but nothing outsanding. What I admire the most is his his ability to get the best out of the other rappers that he worked with in this album, like Playboi Carti, Fivio Foreign, The Weeknd, Vory and Travis Scott. It is an album that I absolutely recommend not only to fans of rap, but also to musci fans in general. 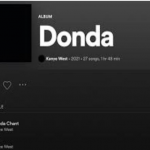