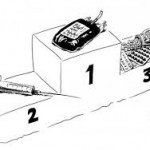 Sport is known and promoted as a natural way to stay healthy in terms of both the prevention and treatment of physical, psychological and social problems, but it can also become an obsession, connected also with drug-taking, which is harmful for our health, as it is shown by many examples.

When we talk about addiction to sport or an addiction to physical exercise, we are referring to a condition which does not necessarily involve a overgrowing abuse of sporting practice, but rather symptoms which are similar to those typical of other common addictions.

‘Sport Mania’, which is another term used incorrectly as a synonym for ‘sport addiction’, is an excessive behavioral tendency which causes an imbalance in one’s relationship with sport and which does not always show itself in the symptoms common to addictions. Sport mania can evolve into prolonged abuse of sporting activities and cause over-reaching, that is, a subtle form of overtraining which can require a resting period of a few weeks for psycho-physical rest, or even bring on a more stabile state of overtraining which requires months of rest as well as a daily, physical correctional program.

However, sport dependency, or sport addiction, is not always a overgrowing problem and does not simply involve the abuse of sport. It does not necessarily cause overtraining either, because the constant practicing of sport does not always result in an exhausting activity and, above all, it is has become known by some distinctive, psychological characteristics.

So, the frequency of training does not represent a good diagnostic measure since it does not provide any further information about the important motivational and emotional differences which have allowed us to recognize between the three types of people who turn to sport in an unbalanced and sometimes crazy and intense way.

As far as the professional athletes are concerned, they feel high volumes of stress and anxiety over the pressure to perform, beat their opponents and not to display any signs of weakness. For some, this pressure proves to be too exhausting, and drugs, alcohol or one of many other types of addiction becomes their escape. Many are unable to control their addictions and, over time, their ability to perform athletically and stay healthy becomes disable due to their addiction.

Besides making muscles bigger, anabolic steroids may help athletes recover from a hard workout more quickly by reducing the muscle damage that occurs during the session. This enables athletes to work out harder and more frequently without overtraining. In addition, some athletes may like the aggressive feelings they get when they take the drugs.

Unfortunately many athletes take anabolic steroids at doses that are much higher than those prescribed for medical reasons, and most of what is known about the drugs” effects on athletes comes from observing users. Thus, however drugs increase the strength and the abilities of the athletes, they can also cause serious health problems, such as acne, increased aggression and mood changes, psychological dependence or they can result in diabetes, heart diseases, muscle and bone pains or abnormal growth of organs.

All in all, sports should be one of the most important things in our life, but this should not mean that we should also not respect our body or even better ourselves. Reaching goals with success in sport activities and also in our life must be done by us and not by illegal methods. 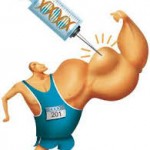