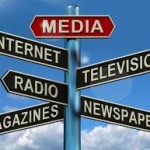 Mass media not only influence public life, but also affect our society both in a positive and a negative way. By the term mass media we mean newspapers, magazines, television, and radio.

It is true that mass media help us significantly to be educated. Everyone would agree that from mass media we acquire a deep knowledge concerning a variety of topics like history, biology, medicine, etc. Moreover, we get informed about other countries’ civilization, culture and customs. Apart from that, we also entertain ourselves by watching the wide range of television programmes or even by listening to the radio. 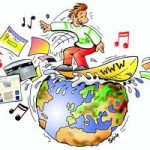 But of course there is a negative aspect, too. Manipulation is something that we everyday experience due to the abundance of mass media. What press does, is to lead people to behave in a specific way. We have become passive receivers of everything they present us and we immitate it. I strongly believe that media influence us in a bad way and it is not accidental that since they appeared, violence, criminality and rudeness have increased in a dramatic way. What is more, social relationships are affected a lot by them and that’s why isolation and alienation are one increase. 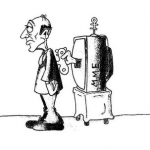 Concluding, I would like to say that we must all demand quality from the mass media and not be dominated by them.