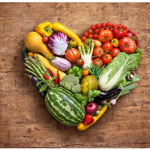 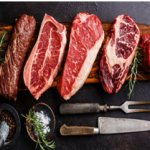 Nowadays, it is widely considered that a vegetarian diet is more efficient than the one including meat. Therefore, some people avoid eating meat in favor of a vegetable-based diet. There are several reasons contributing to the introduction of a new way of diet and, as a consequence, it is essential that they are taken into account.

First and foremost, people currently are arguably more aware of a healthy way of life. More specifically, a huge variety of studies provide efficient evidence that proves the significantly positive influence that a vegetarian diet can have on a human being. This fact accounts for the escalating desire of people for a healthy and quality lifestyle. Another argument put forward is that the overwhelming majority of livestock consume hazardous chemical substances put into their food. As a consequence, while eating meat, the human also consumes those chemicals, which can undeniably induce detrimental implications, such as a serious infection or disease.

Apart from the above mentioned arguments, there are also versatile reasons leading to a vegetarian diet with regards to ethics. In particular, when consuming meat, some animals suffer under appalling conditions and live in restricted areas. Moreover, many people assert the fact that animals have also rights and killing them can indisputably be regarded as an immoral action, due to the slaughtering they face. It is also pointed out that that meat includes – except for useful substances, such as proteins and metals – a great amount of fat, which is mostly responsible for obesity.

All in all, more and more people in recent years tend to prefer a vegetable-based diet to the one with meat. This can easily be explained by a variety of factors contributing to such a practice. From my own perspective, not only is a vegetarian diet an efficient and prevalent one, but it can actually be very beneficial and less harmless as opposed to eating meat.