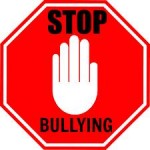 Bullying is the use of force, threat, or coercion to abuse, intimidate or aggressively dominate others. It is the factor of social exclusion and it may be defined in many different ways such as:  physical, sexual, verbal or emotional bullying. This phenomenon generally concerns students, who are the principals of bulling, but also teachers, who sometimes are, along with the school system itself, the originators of bullying. Bullying can occur in nearly any part in or around the school building. 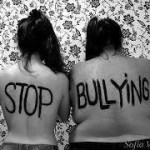 First of all, in a world without bullying, youngsters feel free to express themselves without the fear of being criticized. They don’t have to be ashamed of who they really are or try to pretend to be someone else. Also teenagers whose families face financial issues, don’t feel less capable than the richer ones just because they can’t afford many things the second ones do. As regards the physical bullying children don’t let the bullies cross the lines of their personal space and abuse them or even touch them. They also have the power to stand up and say NO to their abusers. Concerning the verbal bullying, in an ideal world, teenagers don’t allow the words of their intimidator get to them or even create second thoughts about themselves just because he/she said so. Last but definitely not least, sexual bullying is fully eliminated so children don’t have to stand their fellow students” comments about their sexuality. And for sure they don’t encounter sexual harassment from their bullies. 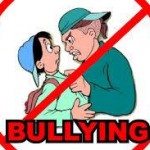 In conclusion, life without bulling is ideal but in fact it is only a dream for the victims. Because of the different modes that the phenomenon develops, it is very hard to stop! That’s why everyone should try to care for the fellow man and protect his/her right of dissimilarity. 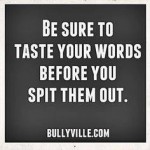 ← CHILD PRODIGY
The Breathtaking Time-lapse Video of the Greek Sky →