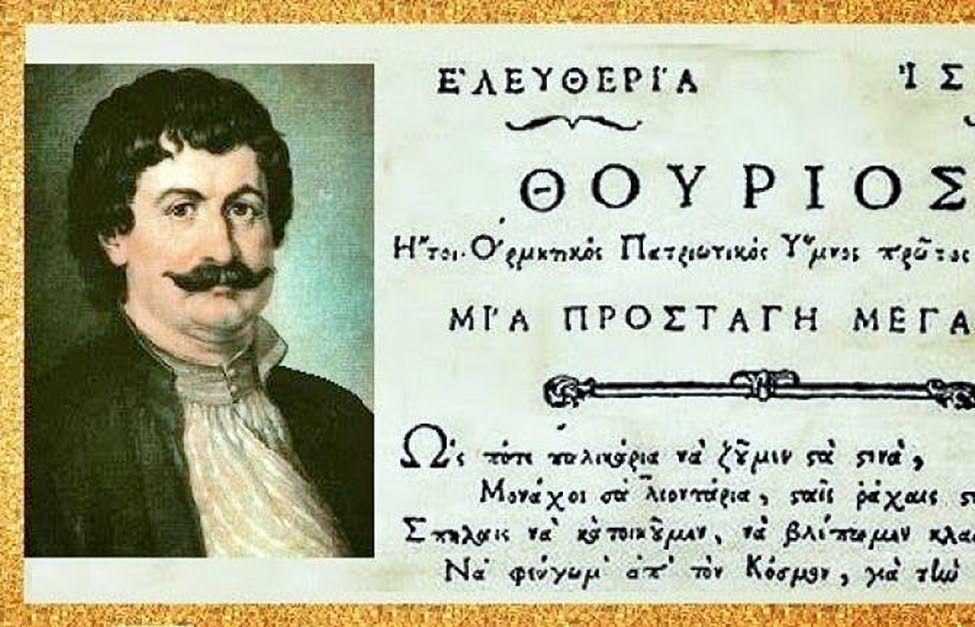 Rigas Feraios or Velestinlis (born as Manolis, himself signed as Rigas Velestinlis) was a Greek writer, political thinker and revolutionary, active in the Modern Greek Enlightenment. As a victim of the Balkan uprising against the Ottoman Empire is today remembered as a national hero in Greece.

Towards the end of the 18th century, Rigas Velestinlis (also known as Rigas Feraios) a Hellenized Vlach from Thessaly, began to dream of and actively plan for an armed revolt against the Turks. Rigas, who had served a number of Phanariote hospodars in the Danubian principalities, spent part of the 1790s in Vienna. There, he had come under the influence of the French Revolution, which is apparent in a number of revolutionary tracts he had printed, intending to distribute them to help stimulate a Pan Balkan uprising against the Ottomans. These tracts included a Declaration of the Rights of Man and a New Political Constitution of the Inhabitants of Rumeli, Asia Minor, the Islands of the Aegean, and the Principalities of Moldavia and Wallachia. The latter proposed the establishment of what basically would have been a revived Byzantine Empire, but an Empire in which monarchical institutions would have been replaced by republican institutions on the French model. Riga’s insistence on the cultural predominance of the Greeks, however, and on the use of the Greek language, meant that his schemes stirred little interest among the others of the Balkan Peninsula.

In any case, Riga’s ambitions and ambitious schemes failed. Before he had even set foot on Ottoman soil, he was betrayed by a fellow Greek to the Hasburg authorities, who promptly handed him and a small group of conspirators over to the Ottoman authorities; He was subsequently strangled by them in Belgrade in the summer of 1798. At one level Riga’s conspiracy had thus been kind of a failure, but his almost single-handed crusade served as an inspiration to future generations of Greek nationalists. 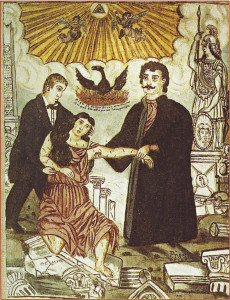