Many people like eating meat. In fact, research has shown that an average person by the time he turns 80 years old will have consumed 7.000 animals! But has anyone wondered if eating meat is bad for the environment? Probably not, but there are many reasons that can prevent us from eating meat. From moral to health reasons.

Meat consumption is like a chain of negative effects on the environment, as it causes forest fires. Did you know that many forest fires are deliberately ignited to «cleanse» the land of use for cattle breeding and industrial feed cultivation? It is known that more than 1/4 of the total land area is used for grazing. But the problem does not stop there… Βy destroying forests we contribute to the extinction of thousands of animal species.

If the above reasons were not enough to make you rethink the negatives of meat consumption, I am sure the next ones will shock you. Research has shown that the risk of future pandemics -such as covid 19- is increasing. A major cause of new infectious diseases is the destruction of forests for cattle breeding because in this way wildlife is coming closer and closer to humans. In fact, 3/4 of the diseases that affect humans come from animals. So the more forests are burned, the greater the risk of a pandemic.

Another reason that meat is not considered ecological is that meat production contributes to climate change. When forests are destroyed to make land for cattle farming and industrial fodder cultivation, billions of tons of carbon dioxide are released into the atmosphere. Cows produce huge amounts of methane which is a 25 times more powerful greenhouse gas than carbon dioxide! But the most shocking fact is that methane heats 86 times more than CO2 while after 10 years it decomposes into carbon dioxide. Did you know that a cow can spill 500 liters of methane every day? And if we multiply that by the 1.5 billion cattle that exist on our planet … then a lot of gas is collected.

«What can we do to help to decrease all these problems?» We can start by reducing the meat you eat, that is, try to eat less than 100 grams of meat a day or even follow a vegan lifestyle. And this way we can help reduce meat consumption by half. 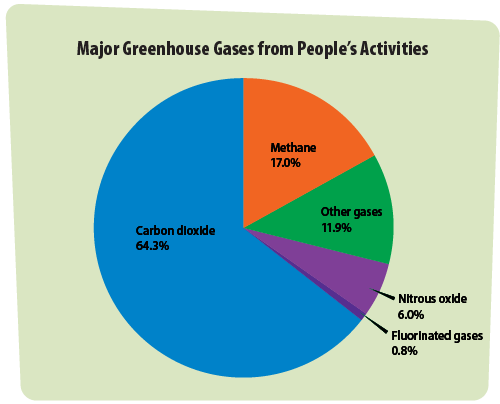